Yesterday, as the weather promised to be good all day, we decided to head down to one of our favourite places – Cambridge. From our base in mid Lincolnshire, it’s about an hour and a half away by car, so its relatively easy to do for a day trip.

It was a beautiful day, with lots of people about shopping, but we also felt that it was a little more crowded than usual. We soon discovered why. After a stroll around the streets, we were walking towards the Fitzwilliam Museum, as we wanted to see ‘Treasured Possessions‘ – a small show featuring decorative arts in the period from the Renaissance to the beginnings of the Enlightenment. Anyway, as we climbed the museum’s front steps, a large procession turned the corner on the street behind us, and a wave of fully-gowned graduating students passed by. We just hadn’t reckoned on graduation being so early in the year – we were sure that students from most universities would graduate later in the summer.

Anyway, we continued on into the gallery. For a regional gallery/museum, it’s a surprising place, well stocked with works by Picasso, Braque, Nicholson, Sutherland, Van Dyck, Reynolds and many others – a good representative sweep across Impressionism, Cubism, European landscape painting and portraiture, as well as American and Asian schools. After wandering around the collections and the very interesting ‘Treasured Possessions’ show, we drifted down towards the courtyard area and came across the work of typographer, typeface designer and letter-carver David Kindersley. A series of glass cabinets contained type samples, letterform carvings, signs and drawings. The signs can be seen around the city, as they appear as signs and wayfinders on the streets and within the grounds of several Cambridge University colleges. 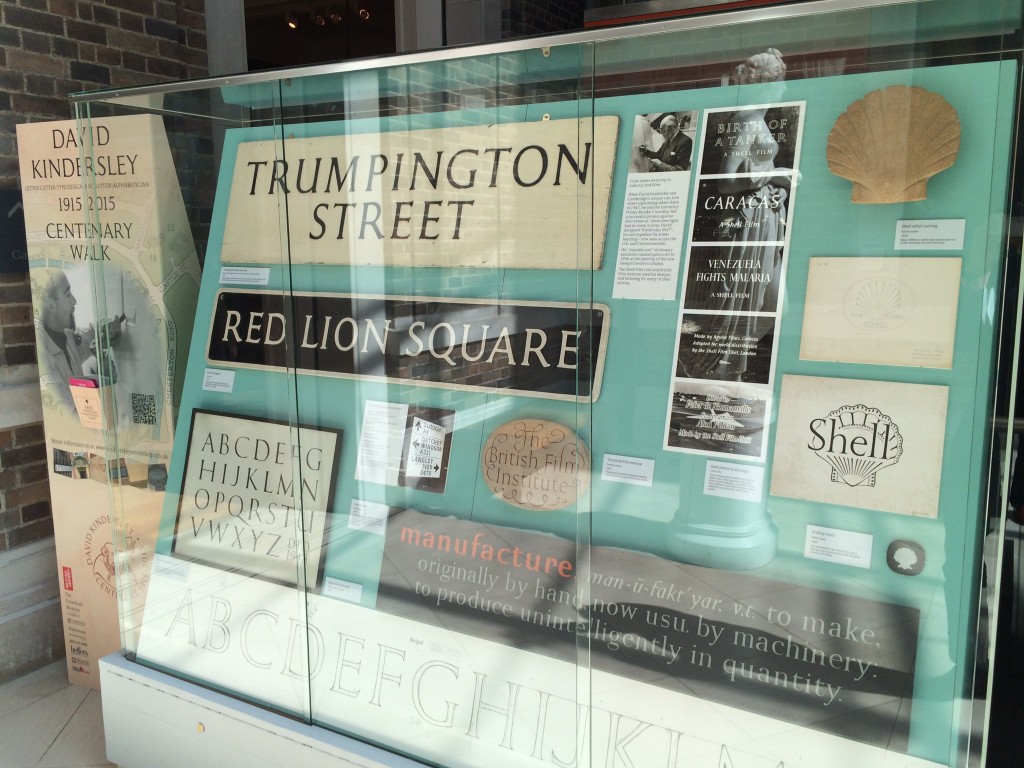 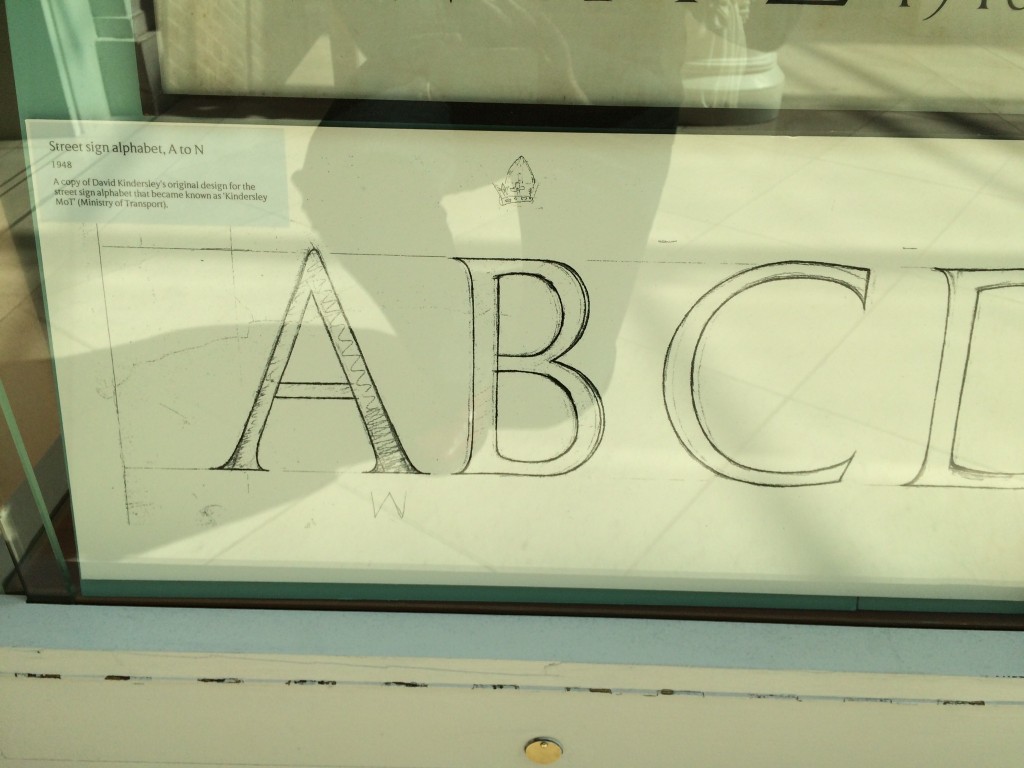 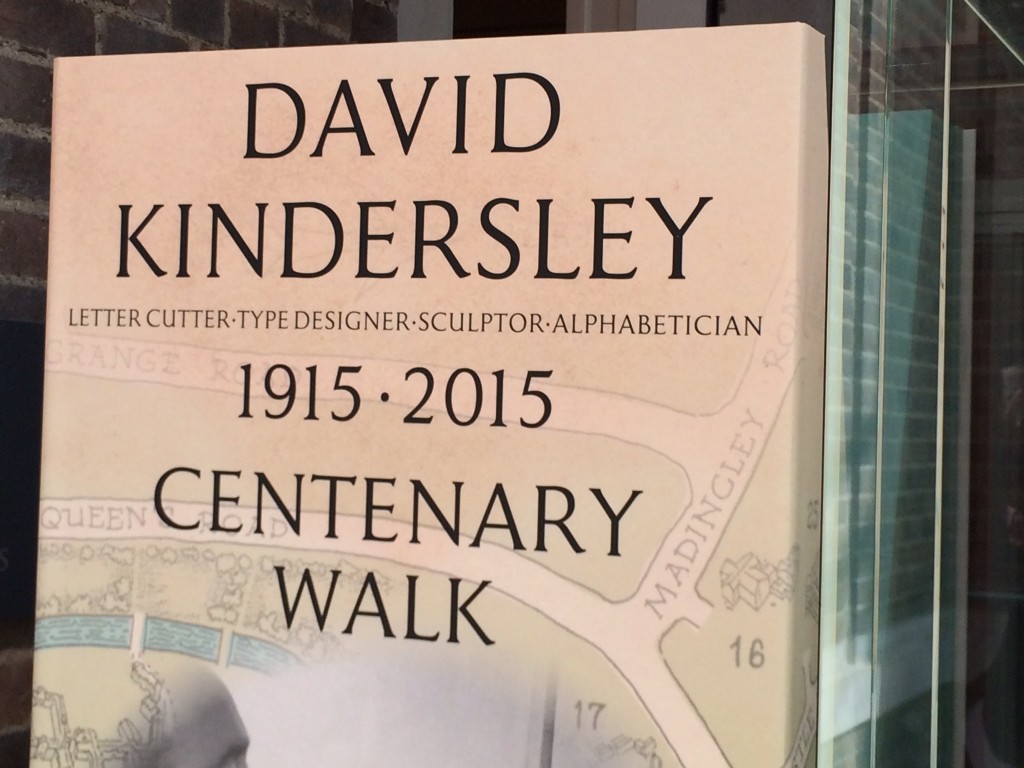 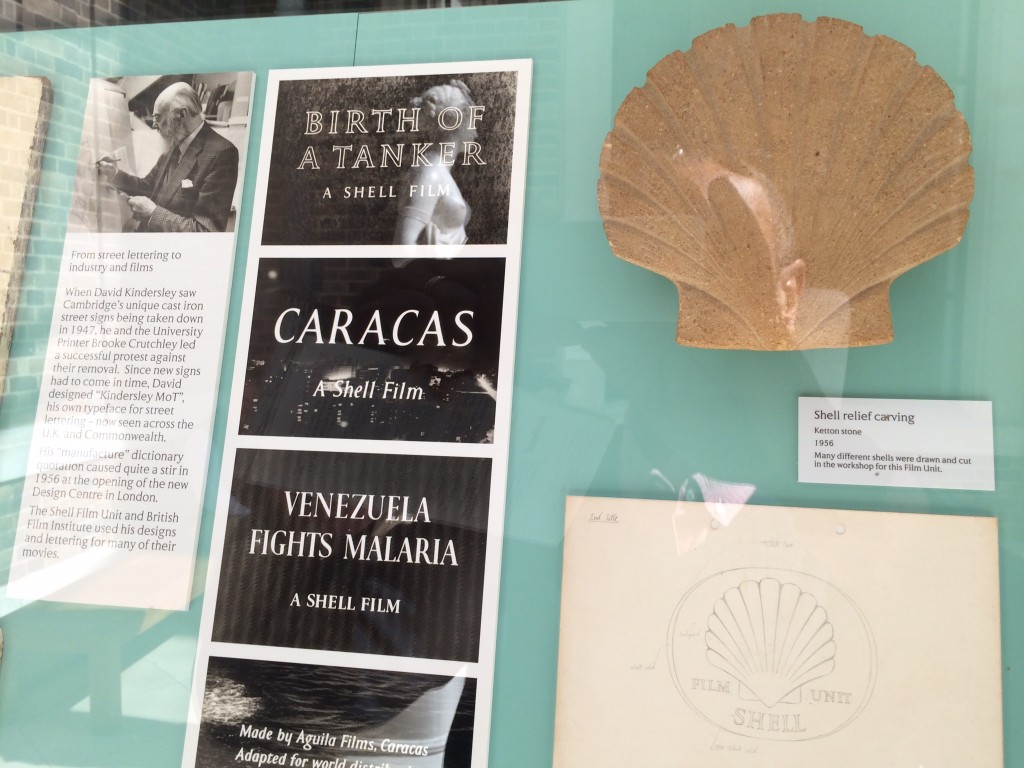 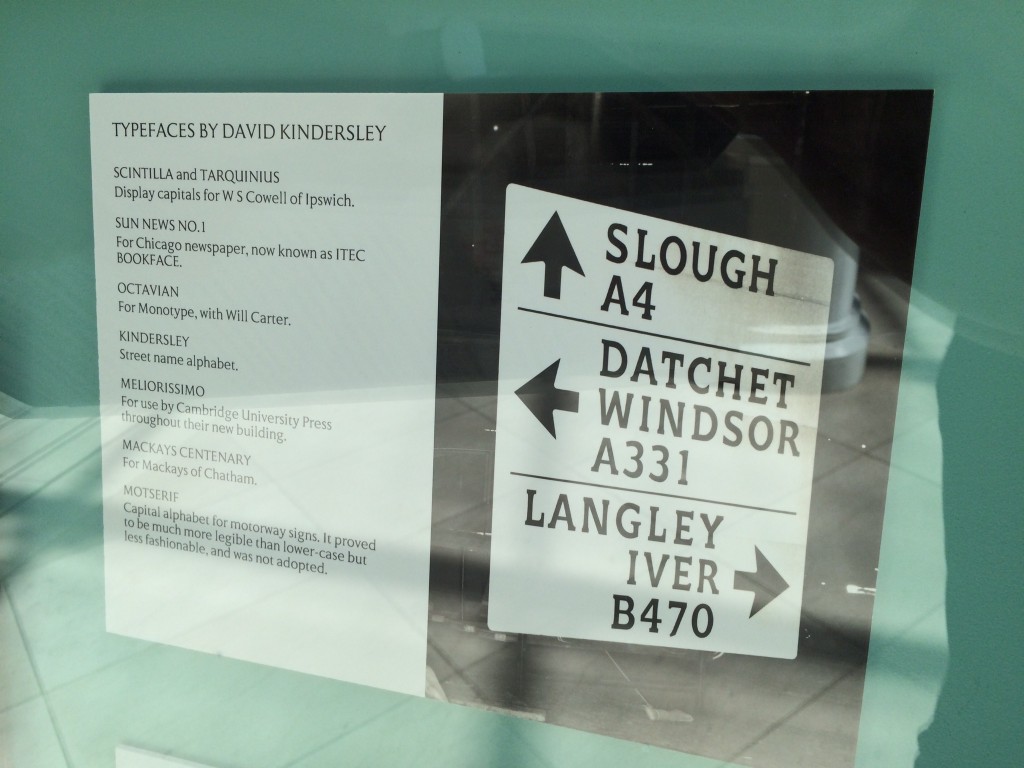 Kindersley submitted these wayfinders designs for the UK’s roads, but lost out to the work of Margaret and Jock Kinneir. 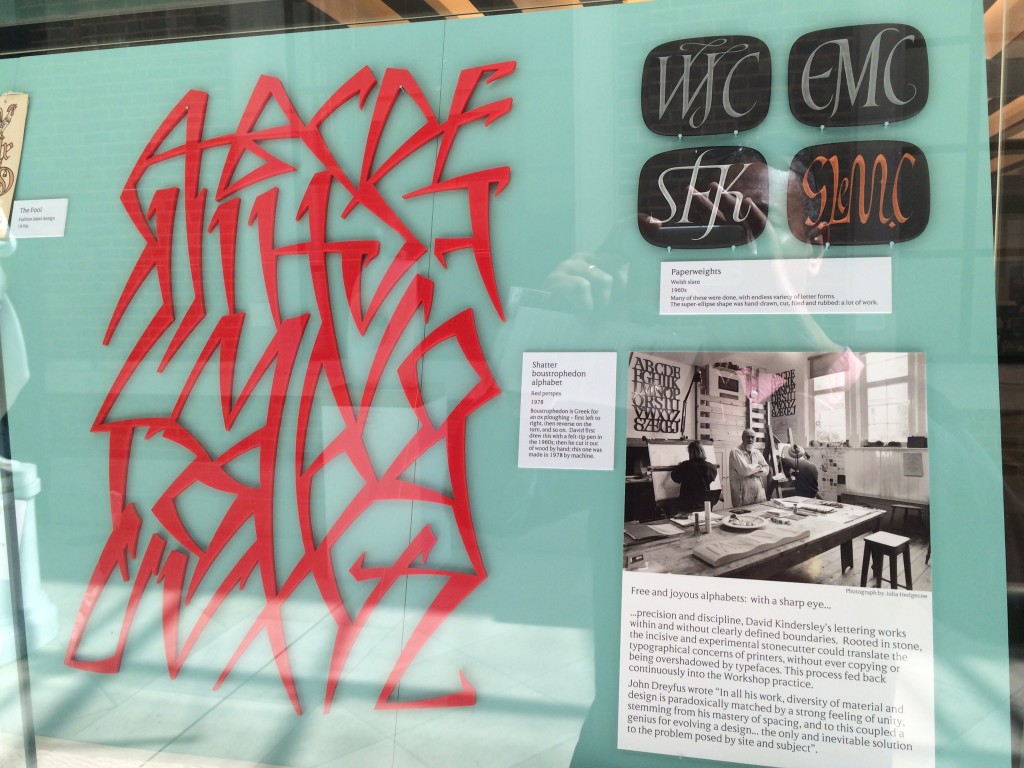 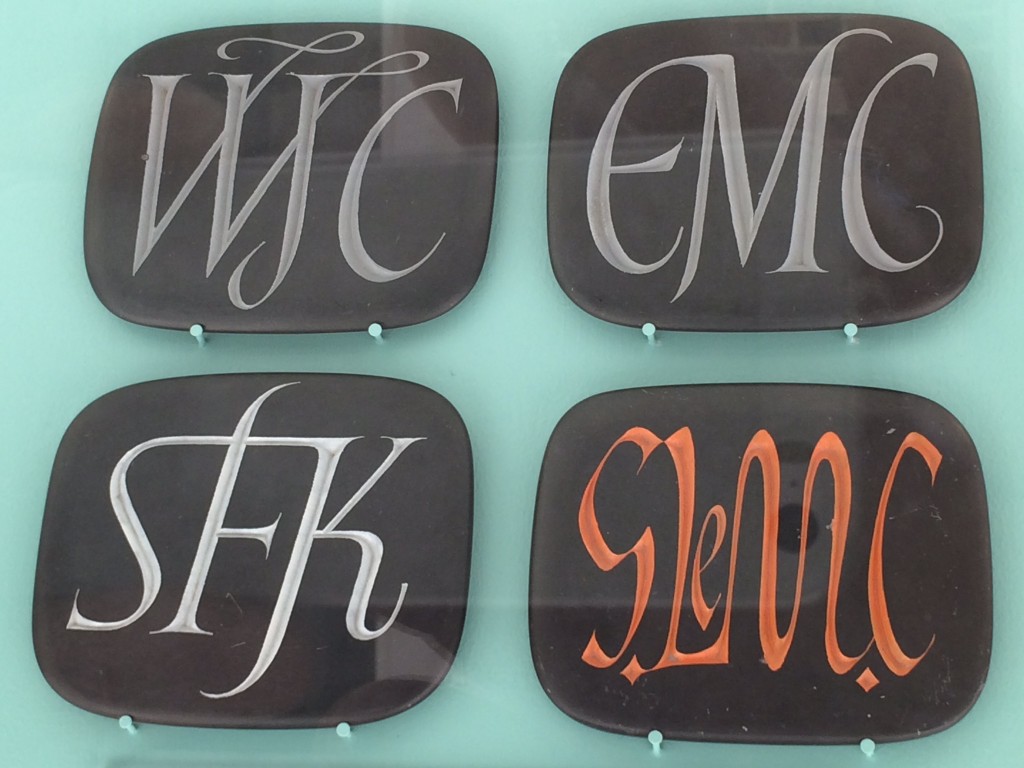 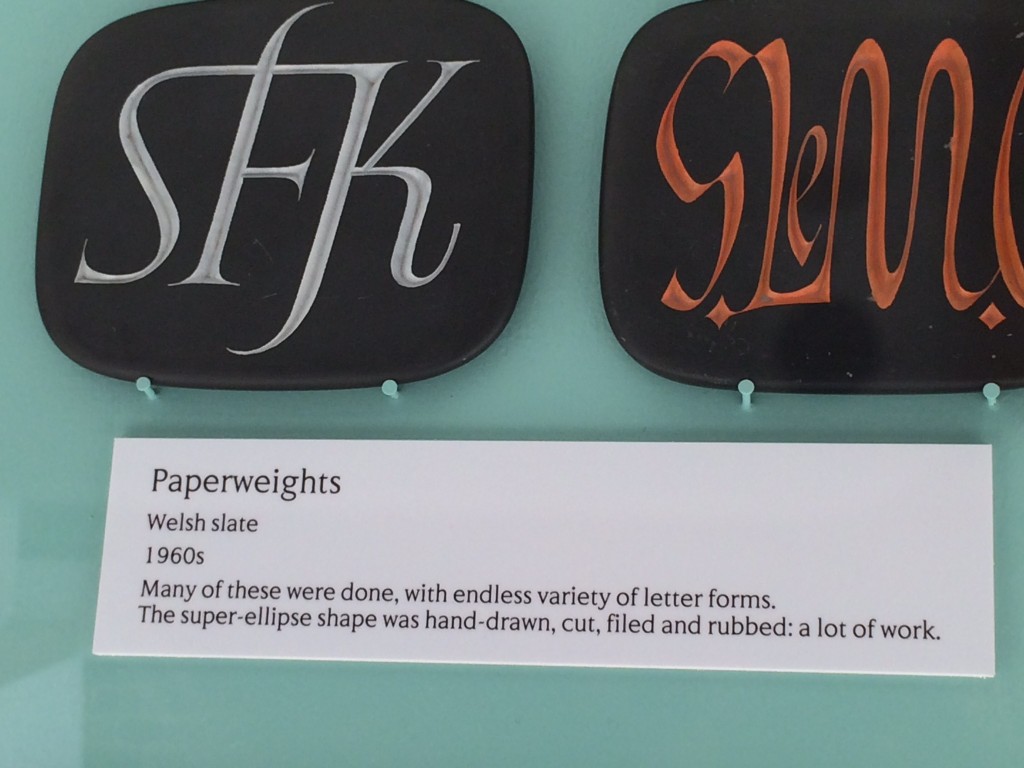 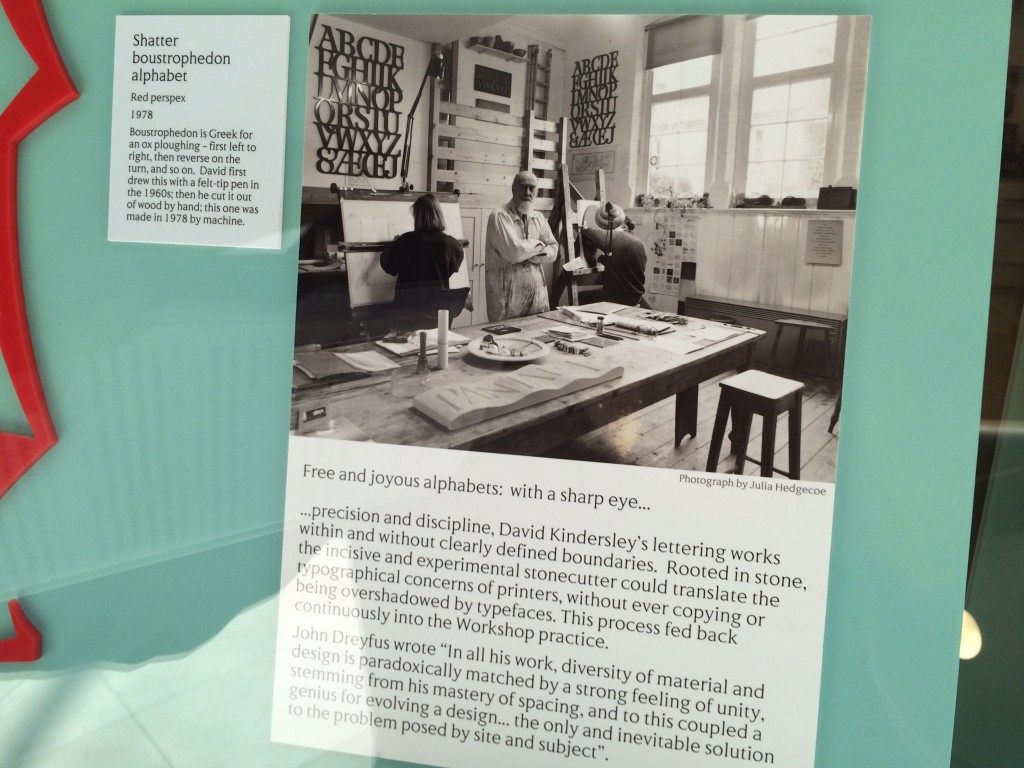 Eventually apprenticed to his hero, Eric Gill, Kindersley eventually worked on lettering for Bentall’s store in Kingston upon Thames, St John’s College, Oxford and Dorset House. Some of his most impressive work though can be seen on the gates of The British Library in London, a commission he worked on with his third wife, Lida Lopes Cardozo.

An unexpected treat at the end of another lovely trip to Cambridge.