Last Wednesday, a couple of colleagues and I took a group of year 1 graphic design students on a gallery crawl around Nottingham.http://ceoec.ru/

It turned out to be a real treat, with visits to the Alan Kitching show at the Bonington Gallery, a mixed show by four artists at Nottingham Contemporary and a brilliant and surprising visit to the Backlit Gallery. 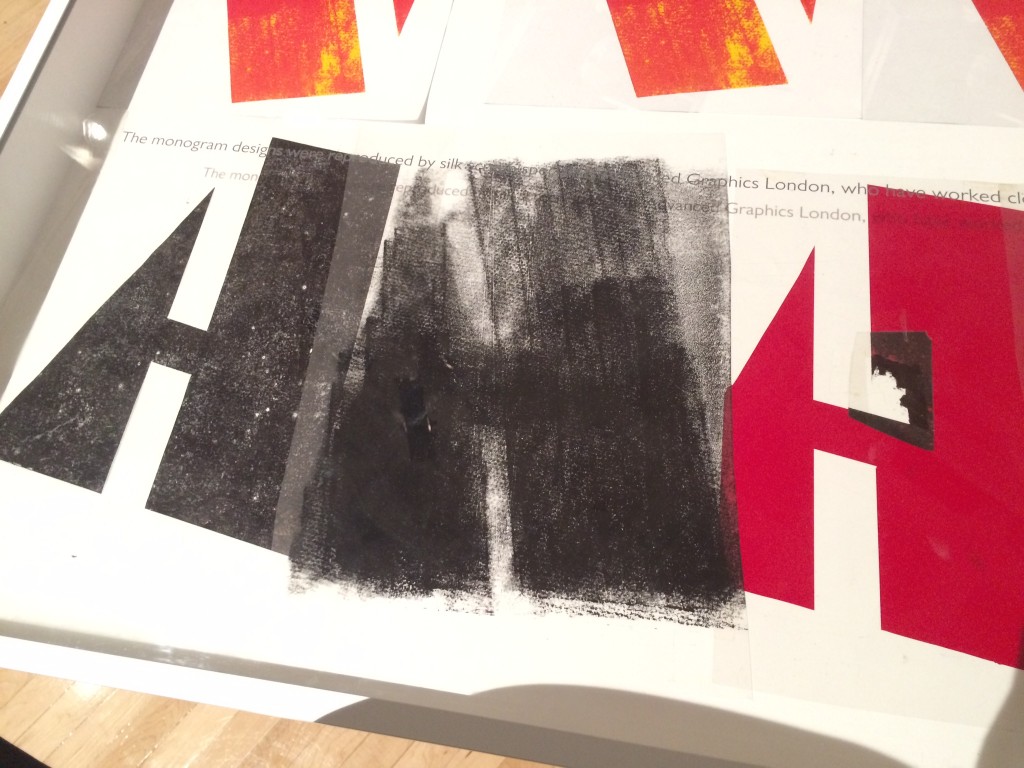 Above: Alan Kitching at the Bonington Gallery

The brilliant typographer and designer Alan Kitching was asked by Monotype to use the medium of the folding poster to pay tribute to his design heroes (and some of mine too!) Tom Eckersley, Abram Games, FHK Henrion, Josef Muller-Brockmann and Paul Rand. For me, it was like reliving parts of my design education at the London College of Printing, where Eckersley’s archive is now kept. Examples of his posters were everywhere, at a time when the poster was still a prevalent art form.

At Nottingham Contemporary, the Alien Encounters series contains a number of works that set out to challenge notions of identity, social norms. Among these, the work of Pauline Boudry and Renate Lorenz stood out. Through the American artist Sharon Hayes, a monologue played out proposing an alternative view of recent history in the geopolitical context. The film performance, across two screens, was gripping and deliberately unsettling – something difficult to achieve within a large dark space.

In an adjoining room, the jazz music and album artwork of Sun Ra took centre stage. The American jazz composer, bandleader, piano and synthesizer player, poet and philosopher, was also known for his ‘cosmic philosophy’ and prolific musical output. Defying the second world war draft, he became one of the first black conscientious objectors and served time in prison. In the 1950s, he began to piece together his own groups, disowning the ‘slave name’ he had been given at birth (Herman Blount) and began to claim he had been abducted by aliens and was in fact from Saturn.

Still, you can’t ignore the quality of the music and the mark left by his visual presence and persona. Sun Ra – literally, a one-off. 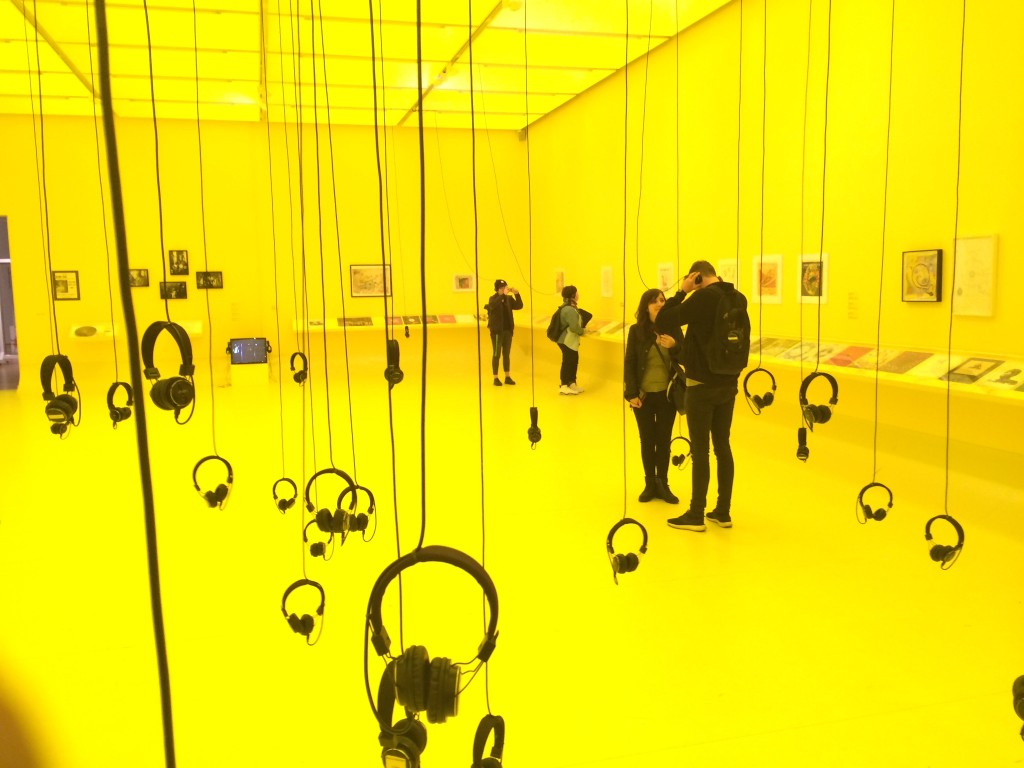 Above: headphones for listening to the music of Sun Ra at Nottingham Contemporary 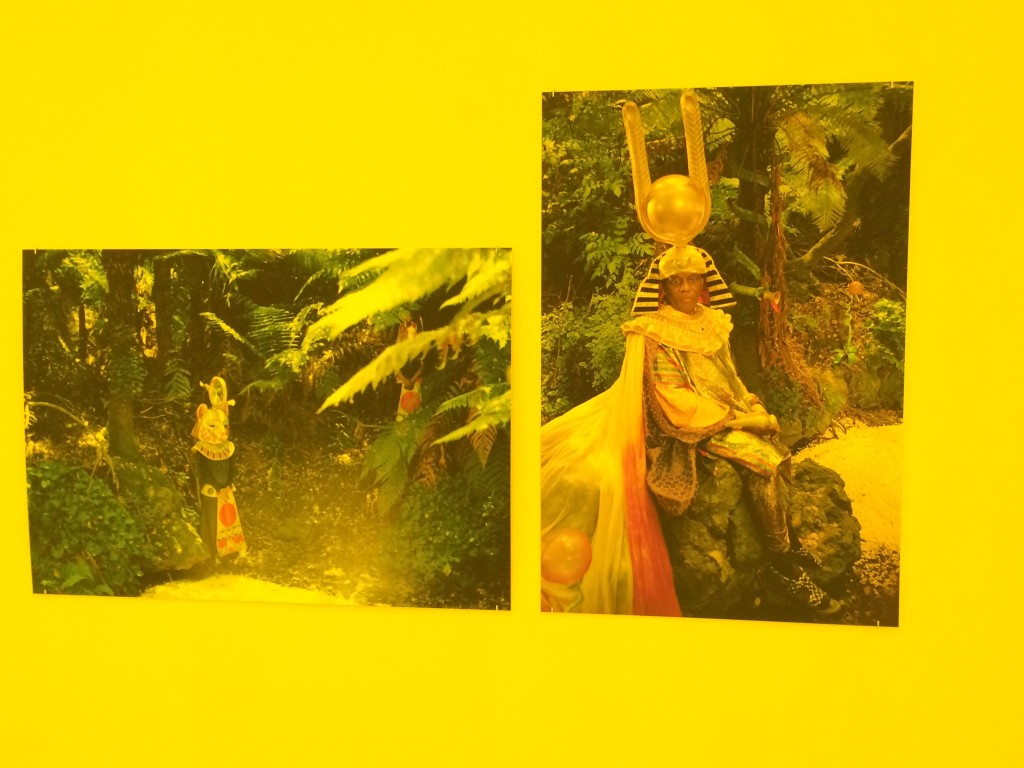 The highlight of the trip was the discovery of the Backlit Gallery. Once an old clothing factory, this fascinating corner space has been brought back into life by a team of passionate Nottingham Trent University graduates and friends. Led by its enthusiastic and energetic director, Matt Collishaw, Backlit has helped to attract the Bloomberg New Contemporaries exhibition to the city for the first time. The team have also recently secured funding from Heritage Lottery and Arts Council England, an achievement that will help to cement Backlit as a must-see arts venue, not just for Nottingham, but for the wider East Midlands. 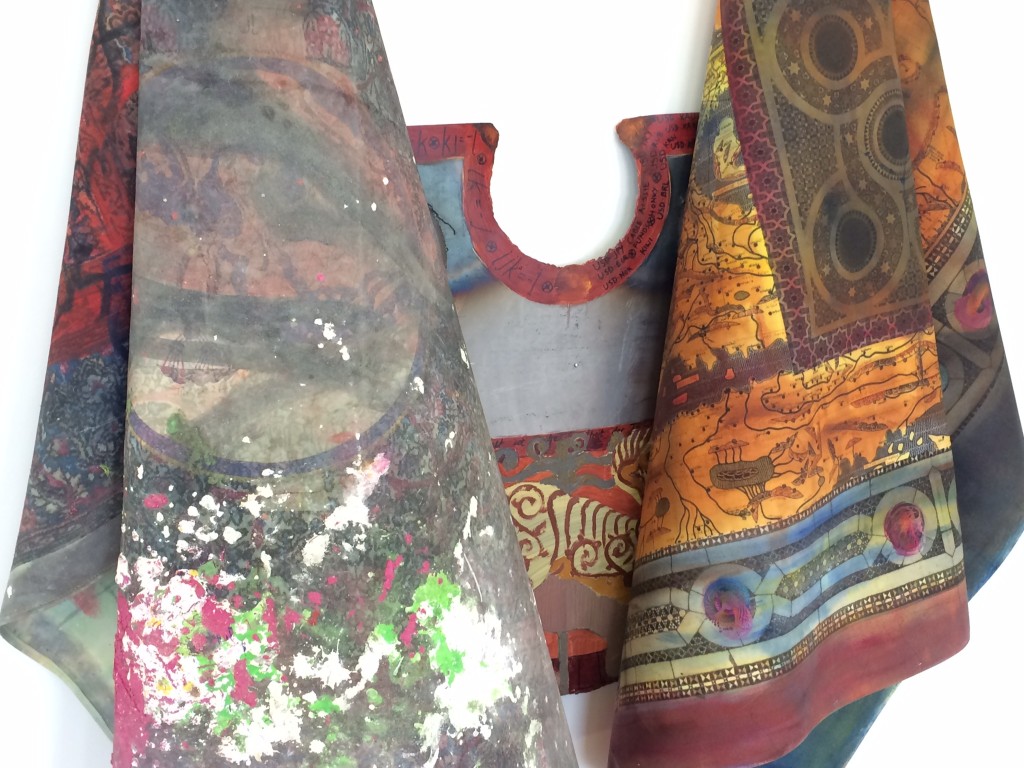 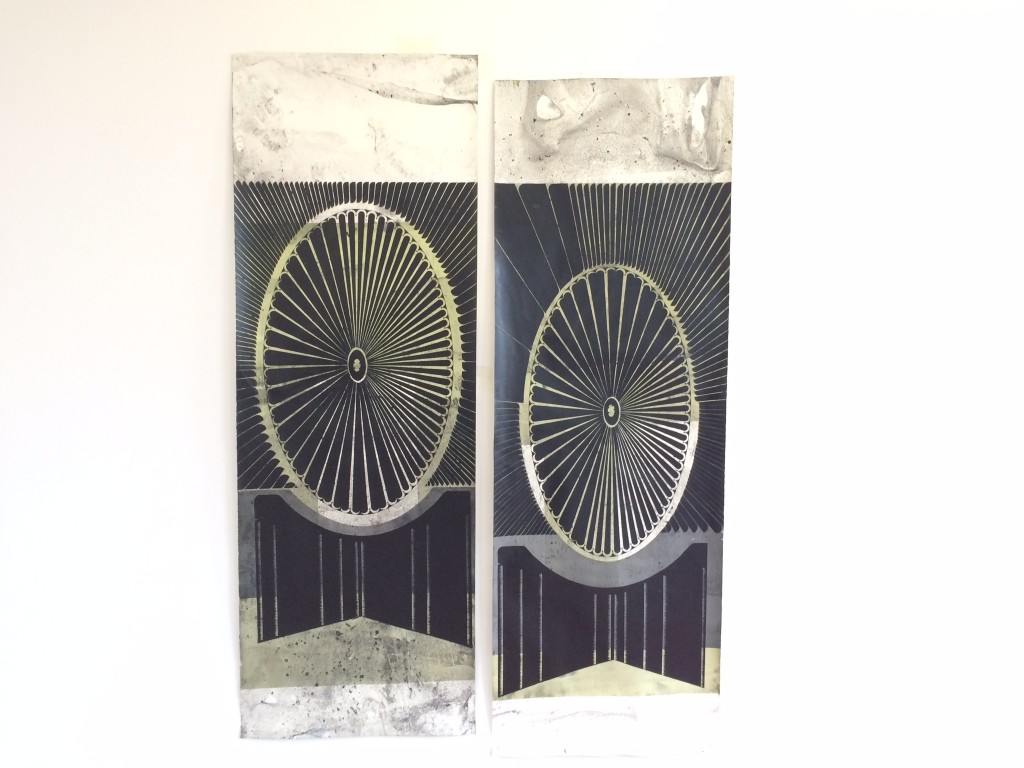 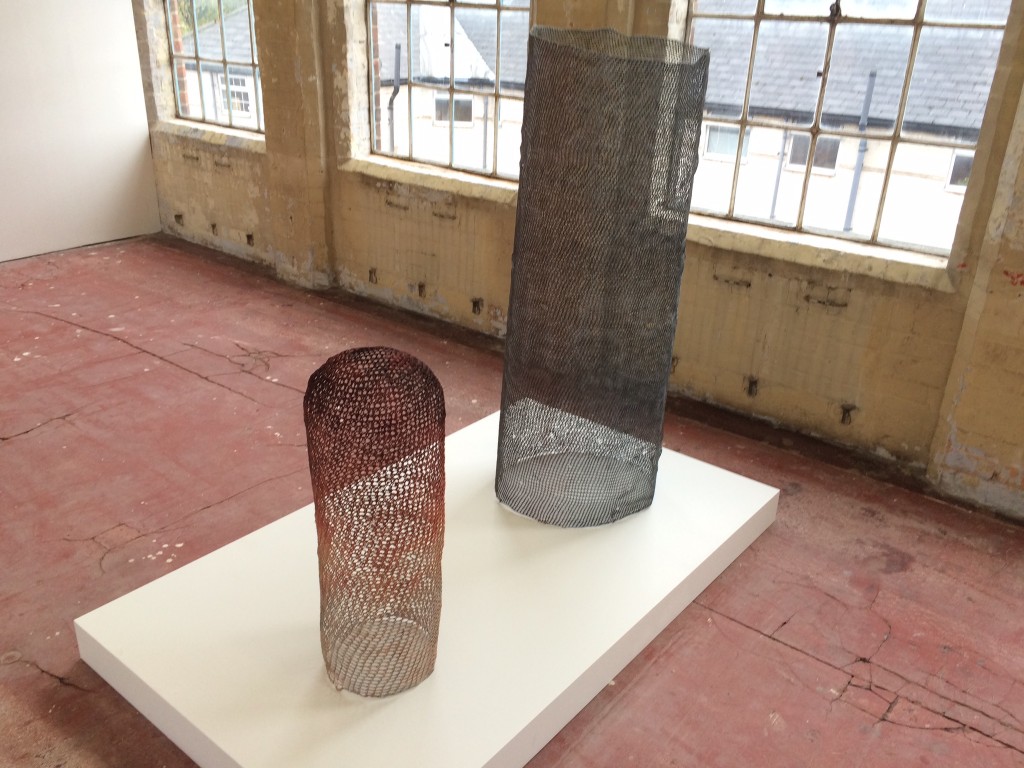 Above: exhibits at Bloomberg New Contemporaries 2015

However, the visit wasn’t just about the current exhibition. Matt also kindly allowed us to see the new studios and workshop spaces below the gallery, providing value-for-money space for local artists and makers and developing a vibrant creative community under one roof. A great achievement.

A huge thanks to Matt Collishaw and all the team at Backlit for allowing us special access.
Thanks also to the Bonington Gallery at Nottingham Trent University for allowing us entry en masse.