Yesterday saw my first visit to YSP. The park is a delight, even in the rain! Works by Brtish and international artists abound and seem to be perfectly situated within the stunning surroundings of the park. Pieces by Moore, Hepworth, Caro, Goldsworthy and Long, plus many others impress through their scale, affinity with the landscape and how they interact with light.

After previous visits to The Hepworth Gallery in Wakefield and parks in south London where I used to live, I was quite familiar with some of the work of Barbara Hepworth. In the park setting however, the sculptures come alive. 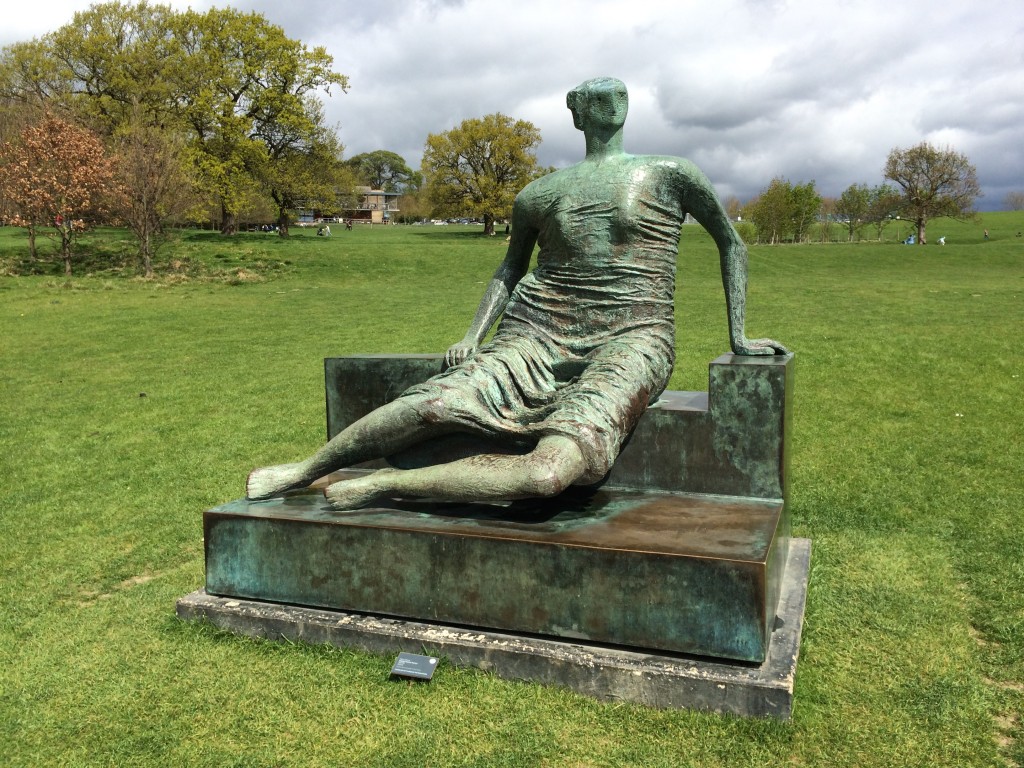 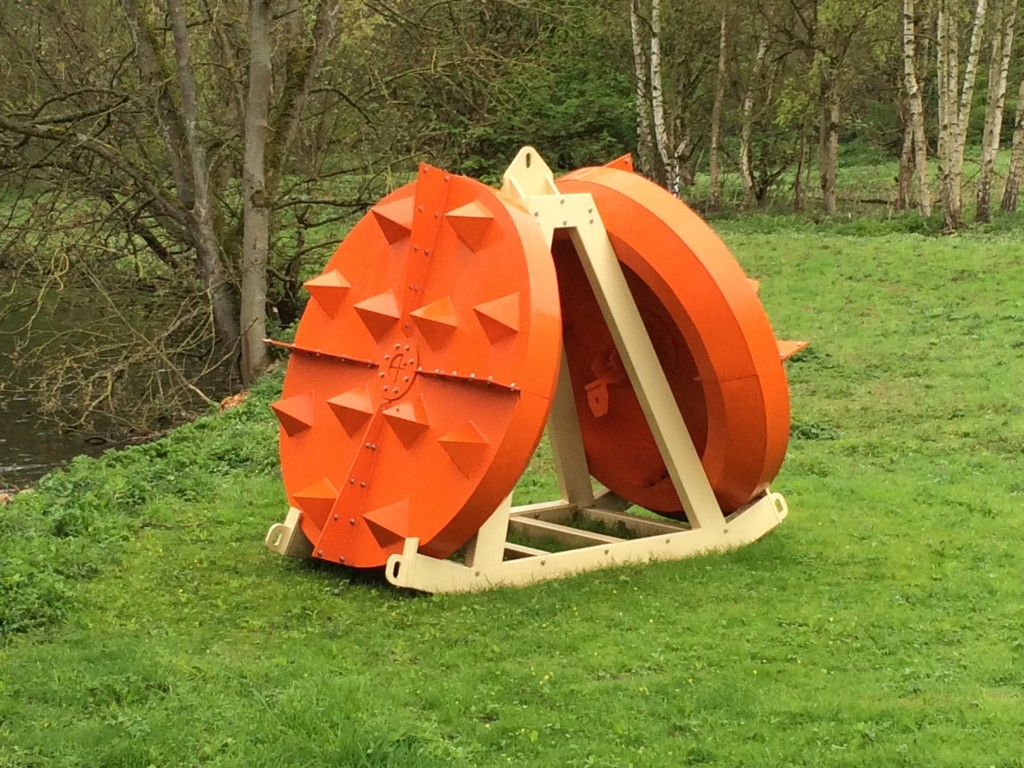 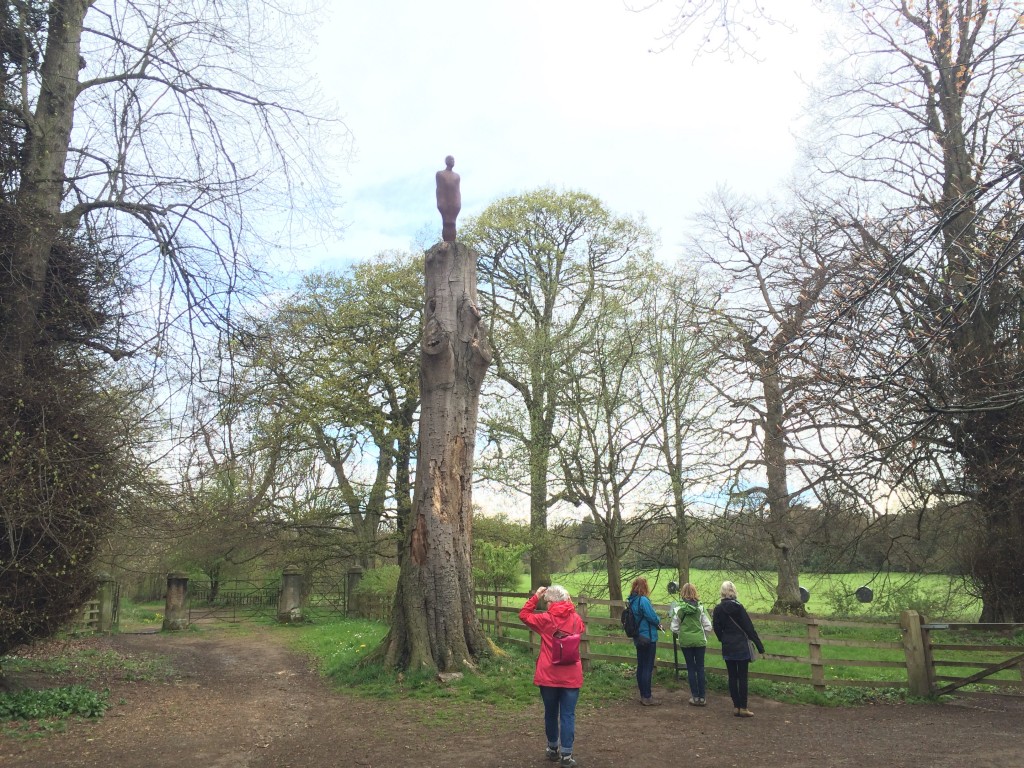 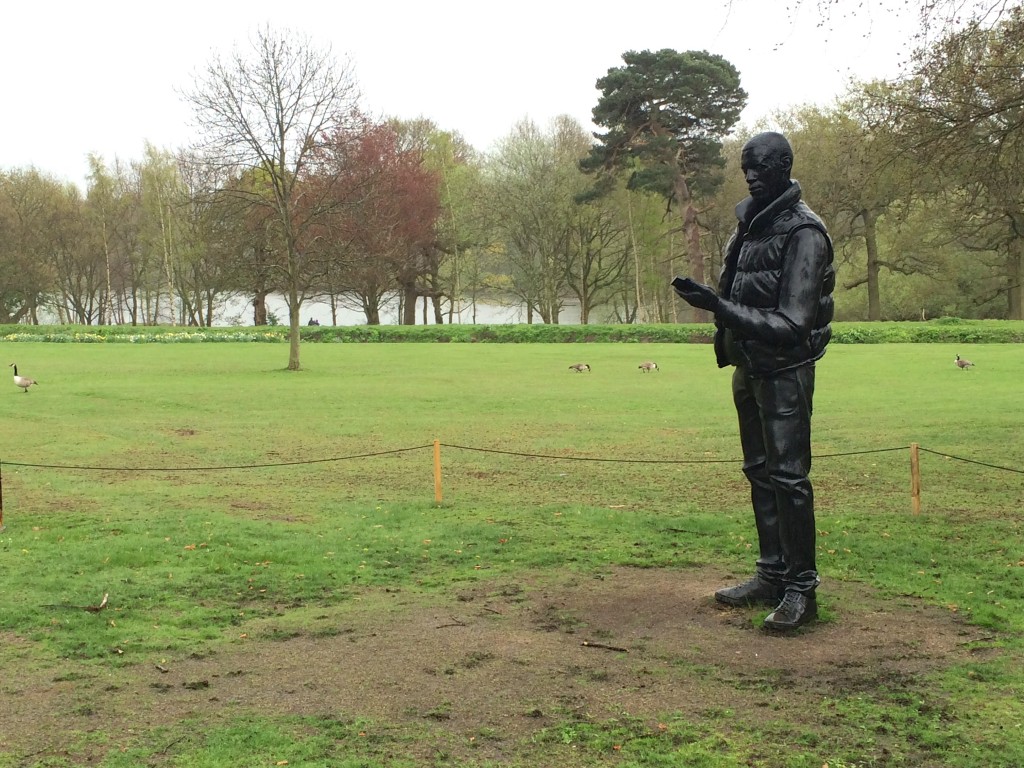 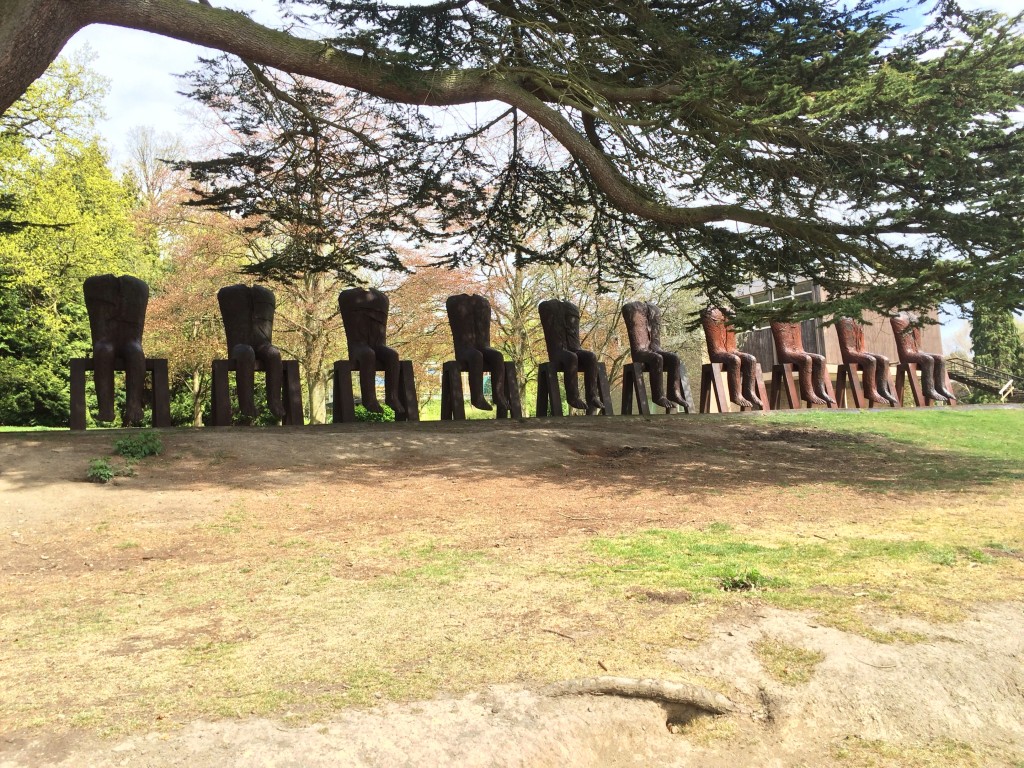 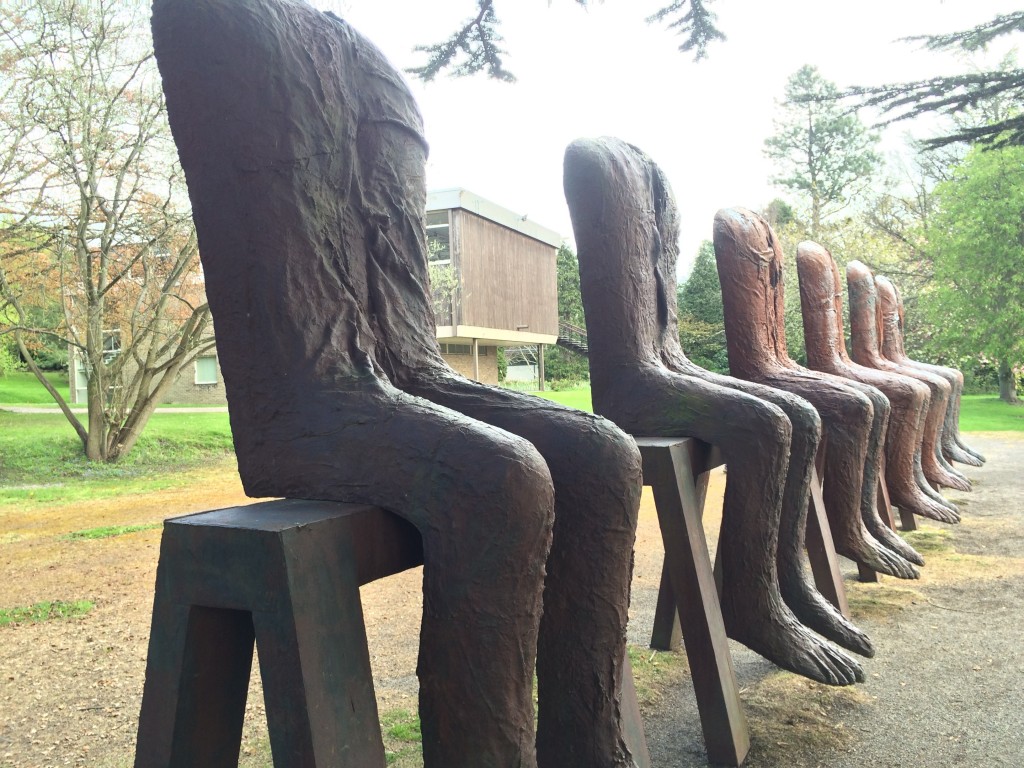 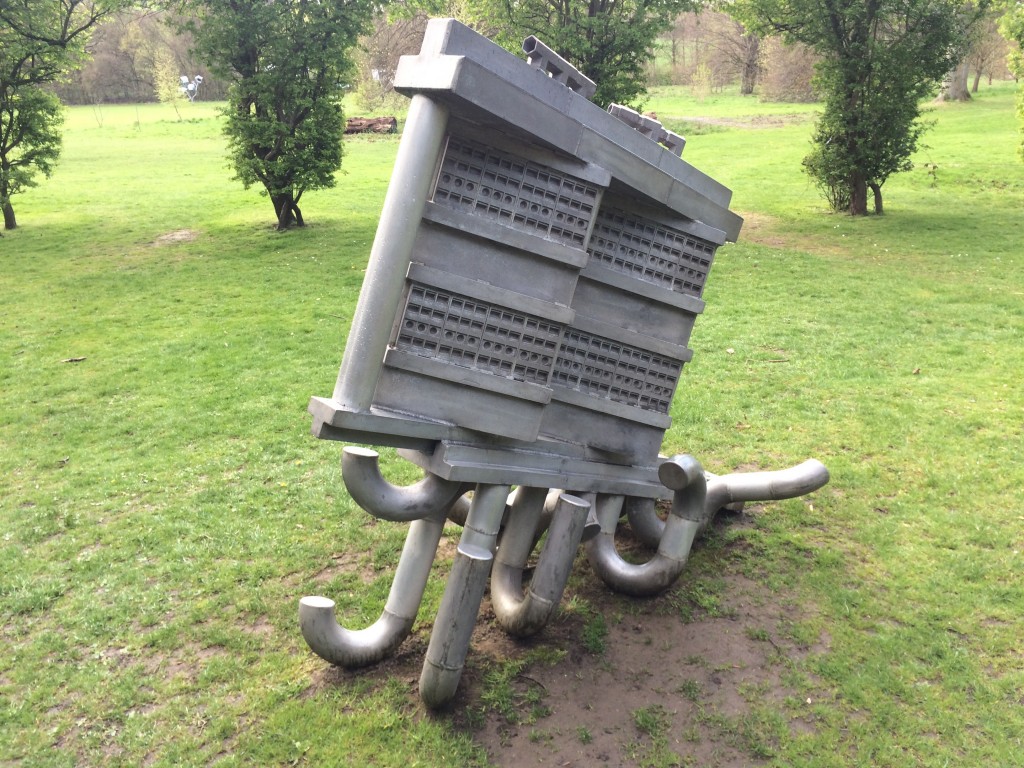 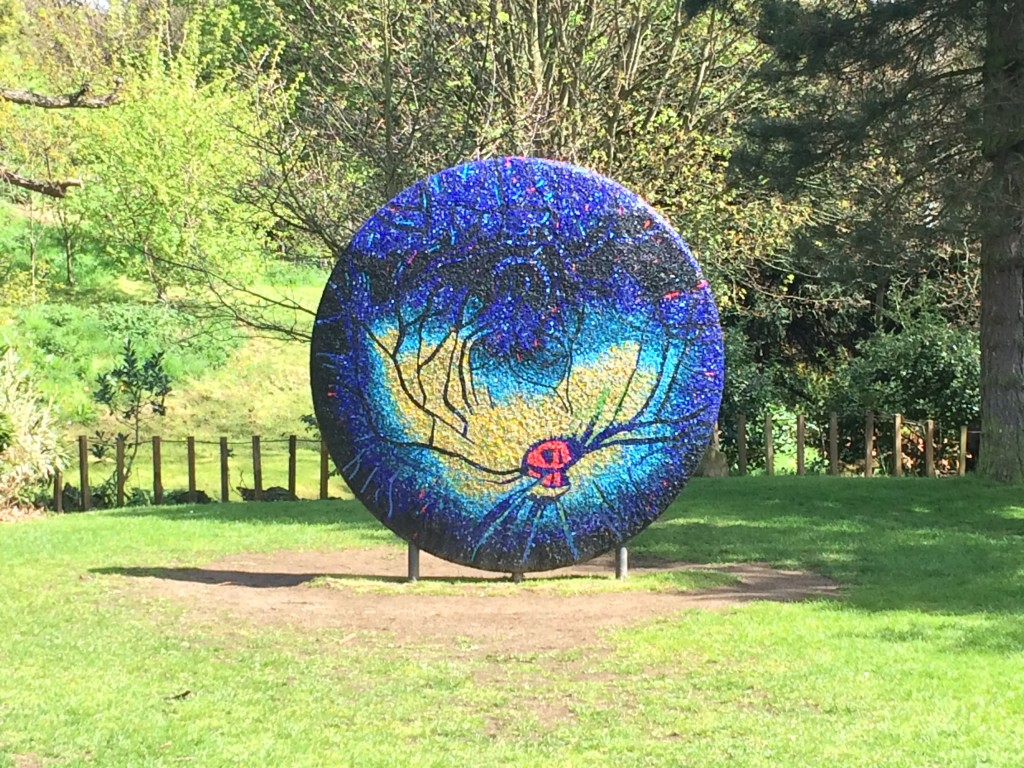 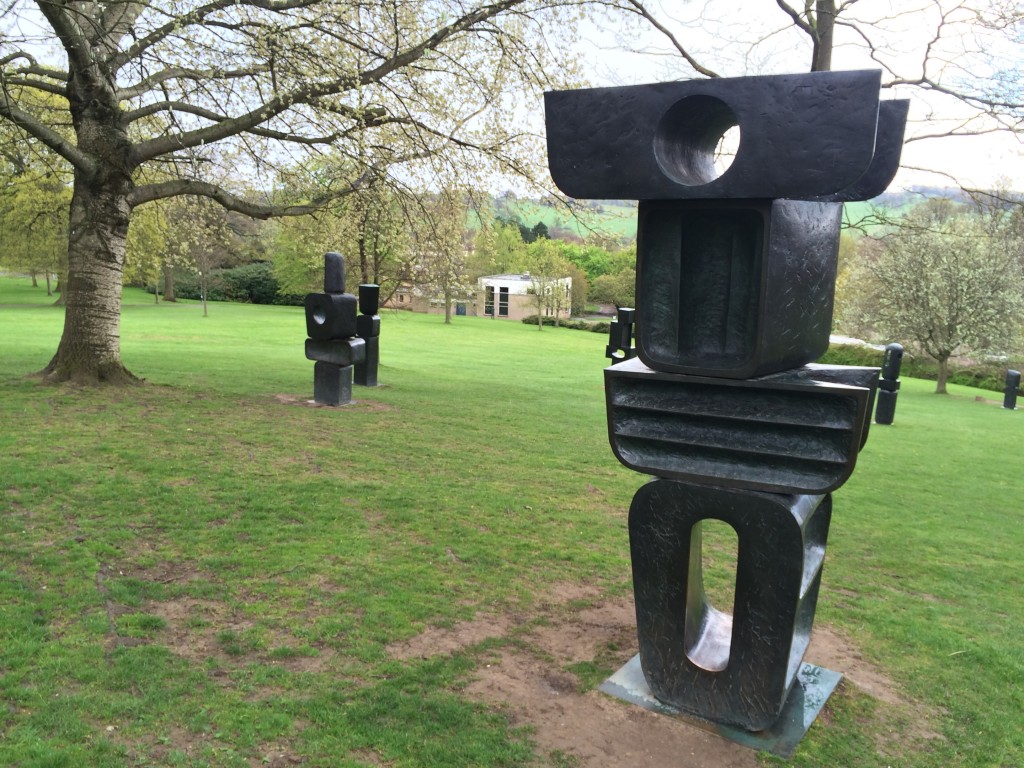 Barbara Hepworth. The Family of Man, 1970 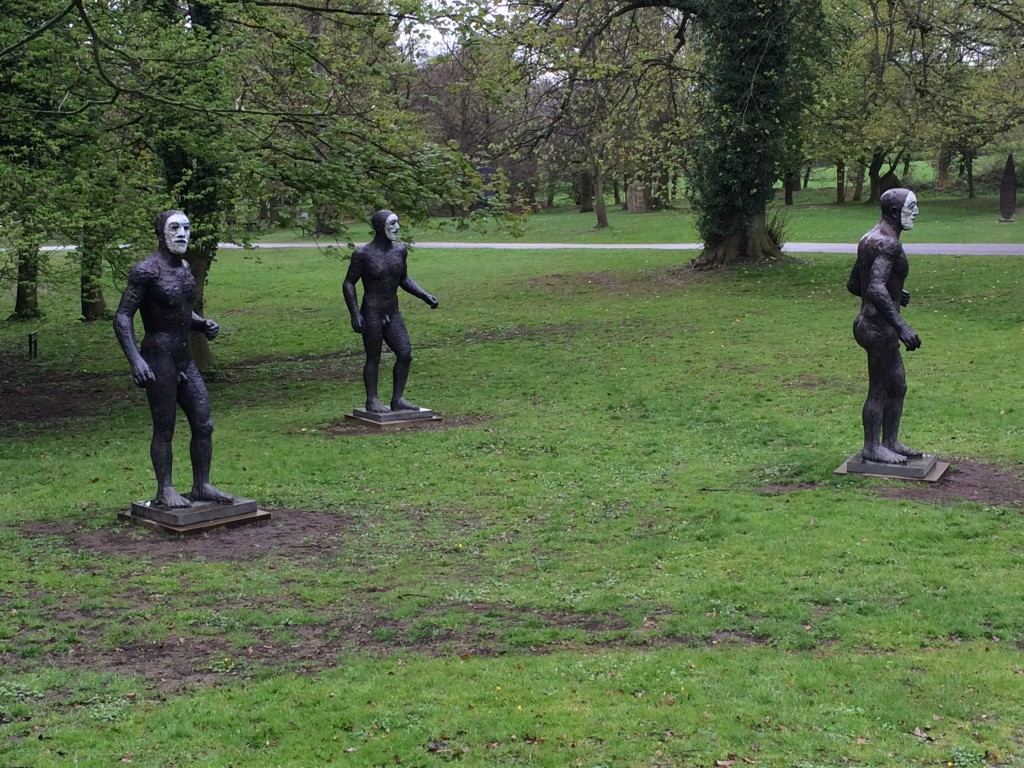 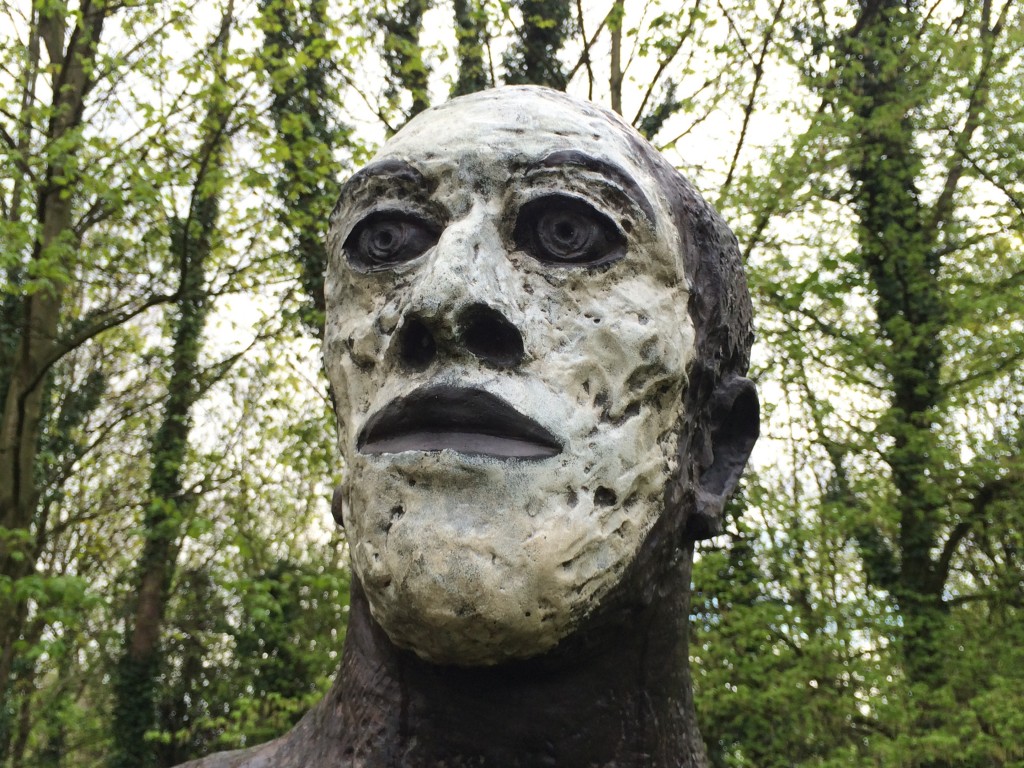 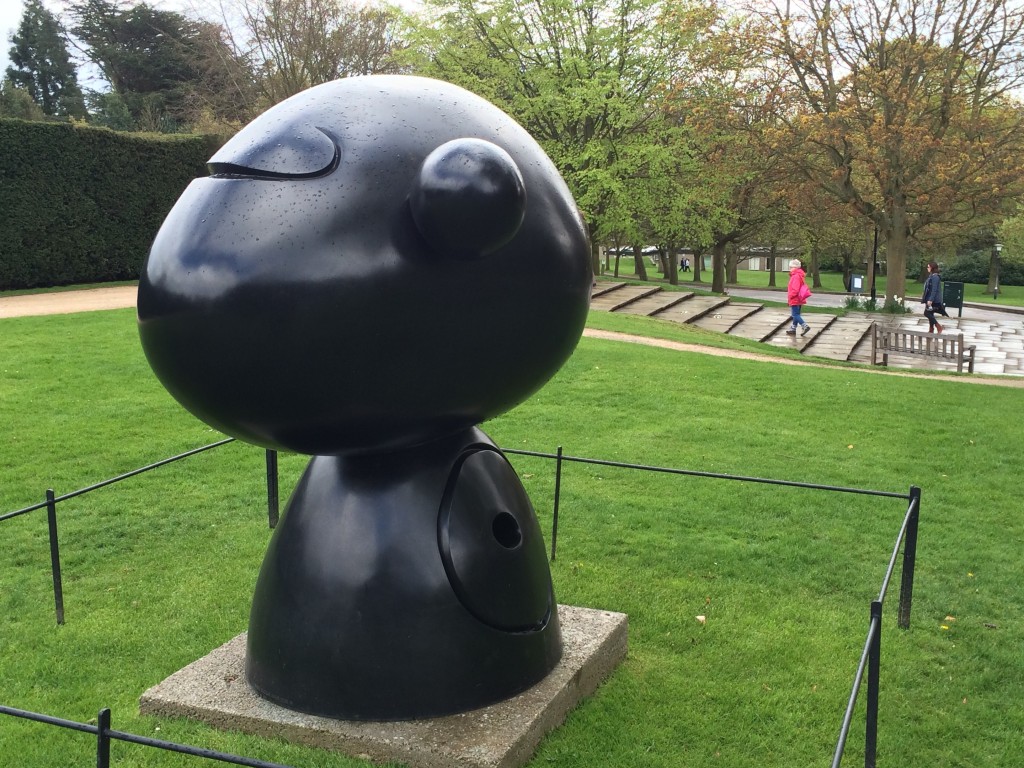 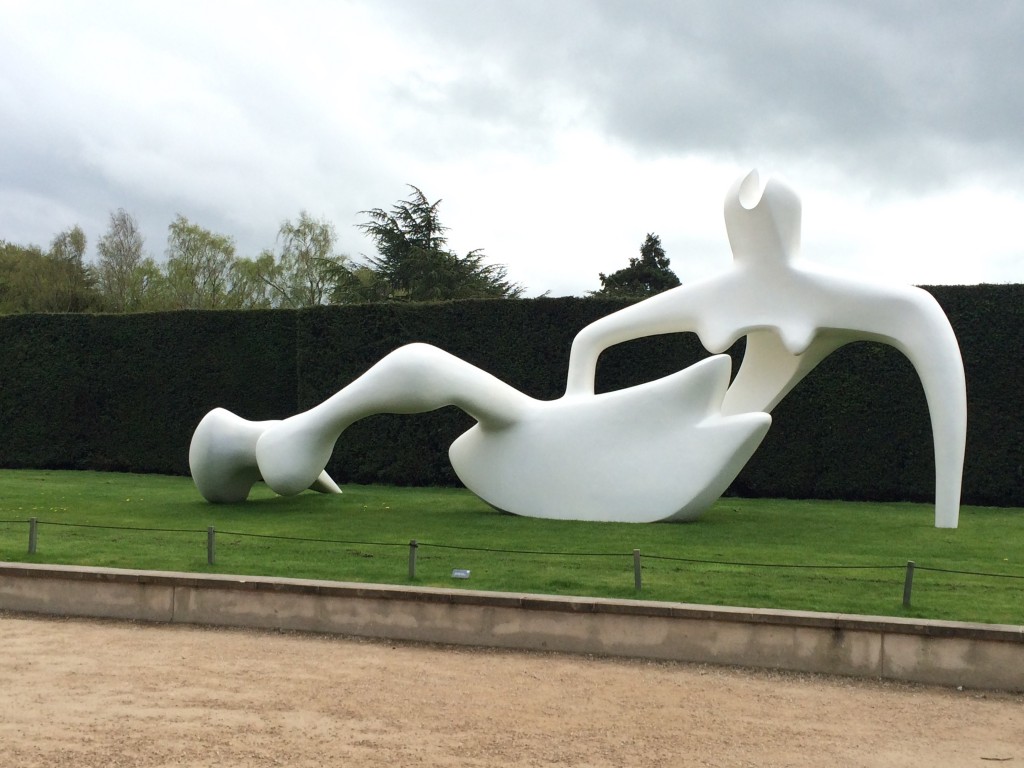 For me YSP will be well worth more visits in the future. On a different day, with different light, the works will look different again. In addition, I know that there are some hidden pieces in the park – did I just see the feet of a giant figure protruding from a bush?

I ended my visit with a look at the current major exhibition, ‘Henry Moore: Back to a Land’. The show extends throughout the whole of the impressive Underground Gallery and features many mid-size sculptures in marble and fibreglass. Most fascinating of all to me though, were some small-scale maquettes and lithograph prints of Moore’s trip to Stonehenge in 1973. Around 40 images, drawn largely in the deepest charcoal, revealed both a obsessive fascination with recording the stones from every conceivable angle, and Moore’s brilliance as an artist. The prints, whilst impressive in their mark-making and detail up close, became even more so from a distance, where the contrast in areas of light and shade rendered the sheer bulk of the stones in a very immediate way. 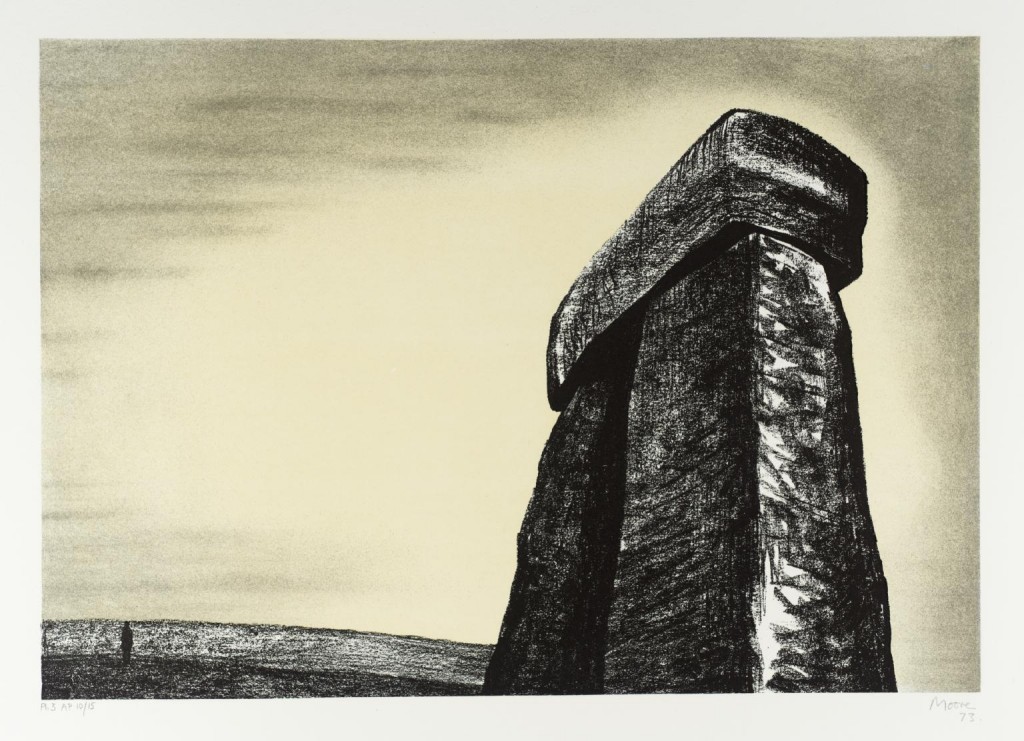 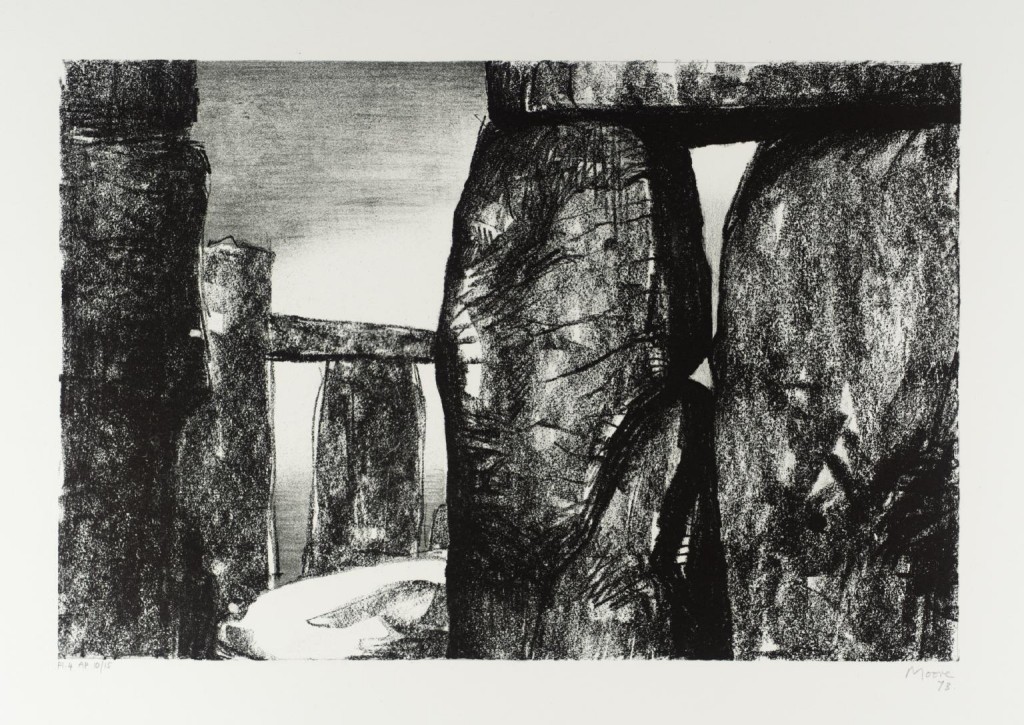 YSP was such a treat, I may return for a second visit this summer. Amazing!

Also, if you’re interested in learning more about Barbara Hepworth’s work and life, why not visit: https://www.artsy.net/artist/barbara-hepworth